The Blackstone Valley Tribune - May 2017 In the spirit of their mission to build a creative, inclusive and prosperous community of culture in the Blackstone Valley, ValleyCast, a subsidiary of Aletrnatives, held an award ceremony to honor recipients of the sixth annual Priscilla B. Mason Arts & Culture award.

The Blackstone Valley Tribune
May 2017 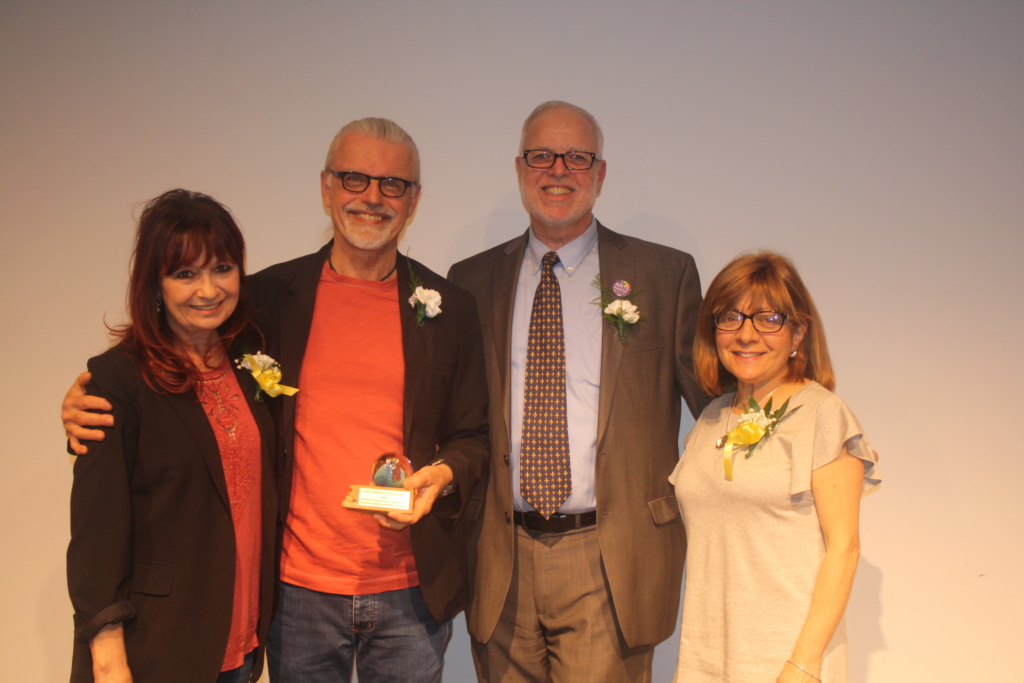 In the spirit of their mission to build a creative, inclusive and prosperous community of culture in the Blackstone Valley, ValleyCast, a subsidiary of Aletrnatives, held an award ceremony to honor recipients of the sixth annual Priscilla B. Mason Arts & Culture award. The award, which includes a cash prize, is given annually to people, groups or organizations that have made significant contributions to the Blackstone Valley’s arts, culture or sciences in the past year.

Thomas and Roberts have created an art form they call the Zentangle method, an easy to learn, relaxing, and fun way to create beautiful images by drawing structured patterns. Zentangle attracts people of all abilities and artistic levels. The duo has helped to promote arts in the Blackstone Valley by offering classes and teacher training across the nation and throughout the world.

The Theater is an inclusive theater company that has been performing in the Blackstone Valley for nearly a decade, and they welcome and support all members of the community to explore the theater arts. The company is composed of adults and teens of all ages and abilities who share a passion for the arts on stage and behind the scenes, and is led by their director, Wendy Saba. Stepping Stone Community Theater performs regularly at the Singh Performance Center in Whitinsville, and brings award winning, family oriented inclusive theater to audiences.

Firth received the award for celebrating historical identity. Chair of the Mendon Cultural Council, she conceived and brought to life the idea for a choral event in celebration of Mendon’s 350th Anniversary called Mother Mendon Sings. She brought together the nine towns which made up the original municipality of Mendon in 1667- Mendon, Bellingham, Upton, Uxbridge, Northbridge, Milford, Blackstone, Hopedale and Millville- for a unique and historic anniversary concert. The concert involved several local choruses, includ-ing a children’s chorus and a world-wide song composition competition which would celebrate Mendon’s Anniversary.

Winners of the Mason award are nominated by the public and chosen by the ValleyCAST Board. The award is named in honor of Priscilla B. Mason, a direct descendant of Paul Whitin, whose original mill stands as part of Alternatives’ Whitin Mill complex. Mason was an ardent supporter of ValleyCAST and Alternatives. Nominees share her deep commitment to the preservation of the Valley’s history and cultural heritage.

A ceremony and reception was held on May 4 for the award winners. Guest speaker Anita Walker, executive director of the Massachusetts Cultural Council, presented the awards.

ValleyCAST is a nonprofit dedicated to building a creative, inclusive and prosperous community through promotion, education and celebration of the culture, arts and sciences in the Blackstone Valley. ValleyCAST is a subsidiary of Alternatives, a non-profit organization committed to Community Life for People of All Abilities. For more information about ValleyCAST visit AlternativesNet.org/ValleyCAST. For more